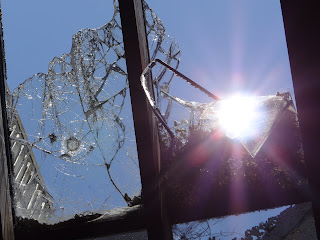 The last time Sissy and I walked through The Abandoned, I took this wonderful photo of the sun splashing through a piece of broken glass in the skylight.

If you look closely you can find hearts all over in the shattered glass.  I find it amazing, that in the wake of vandalism, there is still beauty to be seen.

For more heart art, photography and altogether fabulous heart stuff from around the world, visit Clytie at Random Hearts for Guest Heart Thursday!

WARNING: You shouldn't visit The Abandoned without permission from the owner or caretaker. If you do, you risk getting arrested for trespassing.
Posted by Beth Niquette at 8:39 AM 3 comments: 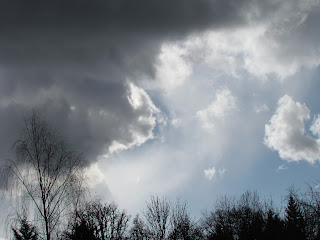 This picture was taken from my parent's driveway looking back toward The Abandoned.

Thank you for your warm thoughts and prayers for my family at this time.


WARNING: You shouldn't visit The Abandoned without permission from the owner or caretaker. If you do, you risk getting arrested for trespassing.

Dad loved The Abandoned.  He watched over it for years, often taking his exercise there (with permission from the owners and caretaker, of course).  I can still see him with his cane, walking slowly along the road--with that funny little smile on his face as he did.

Daddy doesn't have long in this world.  The last time I was at the hospital with Mom, we passed the time by going through Daddy pictures on my computer. 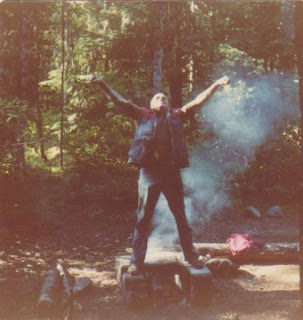 Dad was always full of fun and just a tad dramatic--as you can see by this hilarious photo taken many years ago during a family camping trip. 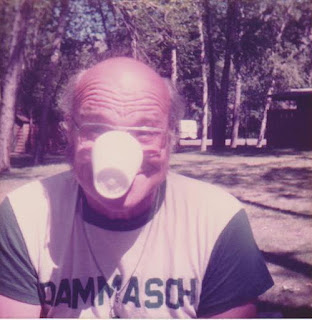 Here's another.  Dad worked many many years at Dammasch State Hospital as an aide two.  One of the interesting things I remember as a child, was when a patient would escape from the hospital they would often come to our house, asking to use the phone.  Sometimes they would be spotted walking along the road and a car would be sent out to pick them up. Dad was usually one of the aids who went out to find patients.  This happened quite a bit.  For Christmas one year, our brother Dow had a tee shirt made for Dad--it said Dammasch Escapee on the front.  Dad loved that t-shirt. 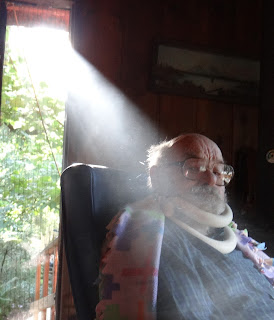 This is one of a set of unexpectedly poignant photos.  I didn't even know they were in my files until I clicked on them...Mom and I both gasped.  The pictures were taken last August.  I don't even remember taking them. 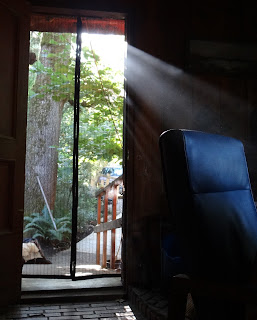 This is the one which caught our hearts the most.  Daddy's empty chair.  Daddy is not coming home.  He is at the VA hospital now, getting ready to slip into heaven.  Very soon he will be free of the brace around his neck and from the chair where he sat for so long.  He will be able to walk, run, jump and fly. He will see his Beloved Savior, his Mom, friends, his sisters and brothers again.

Dad had to wear a brace day and night, because of a broken neck from an accident almost four years ago.  He hated wearing that brace.  I think it would make Daddy smile to know we kids are planning on taking that brace home and blowing it up, out behind Grammie's old house.  Silly, I know--but I do think he would grin over the thought of all of us gathering to blow up that brace.

Thank you for your prayers for our dear family.  God bless you all.

UPDATE:  Dad passed away this evening at 5:45 p.m.  Though we are happy he is free from pain and is in heaven, we will all miss him more than I can put into words.

Grimm In The Abandoned (Warehouse, that is...) 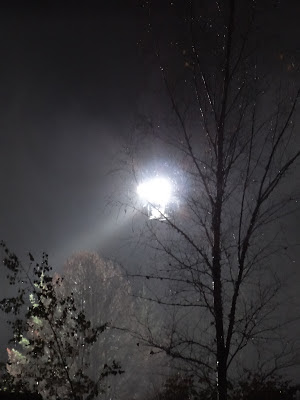 Almost everyone has heard of Grimm, a national series in its second season, shot in Oregon, airing on Friday nights.  It is an interesting tale, all about werewolves and other such supernatural beings who live undetected among us.  Nick, the Grimm can see through the disguises of these creatures and chases the bad guys down.  The Abandoned, of course, is the perfect foil for an episode set in an abandoned warehouse.

Sissy called to laugh over how much our family had enjoyed listening to howling in the woods, then shots fired, more howling in various places and more spats of gunfire.  It was a wonderful distraction, as we have all been so worried about Dad.  She said people all over the neighborhood were calling 911 to report the ruckus.  I was sorry I missed the action that night.

When I pulled into our parents' driveway last week, I was astonished to note two of the series' Stars standing under the oak tree at the end of our uncle's driveway.  That was rather exciting.  I pretended I didn't see them.  Folks who are well-known don't like to be noticed.

After I returned from Portland that day, I stayed around a little while.  As soon as it was dark, howling in the woods commenced.  What fun!  Then spats of what sounded like machine guns firing.

The picture above was taken from the driveway and is of a boom hanging over the scene they were shooting.  There is a man in the boom, operating lights and perhaps cameras. 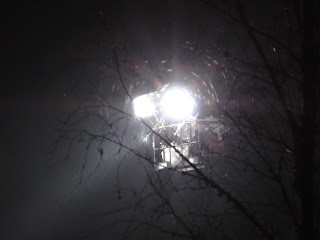 Here is a closeup.  If you look at the enlarged photo you can almost see the boom operator. 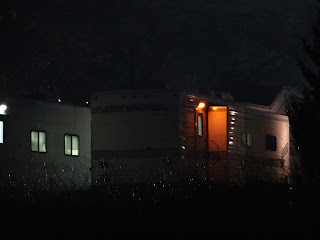 Above is one of the trailers they brought in for the comfort of the stars. 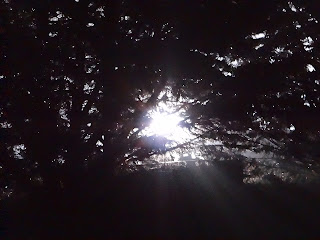 The lighting shining through the trees along the road was awesome.  What an adventure to be so close to an actual film shoot.

A few days later, they packed up nearly everything and left. 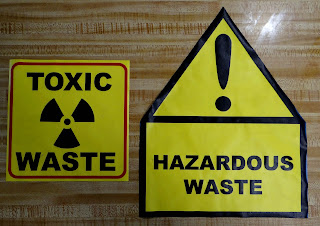 Episode 214, Natural Born Wesen, including green toxic sludge, will be airing in January, or February. 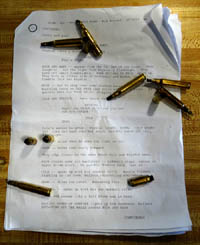 From the script, this seems to be a fascinating story complete with supernatural bad guys and powerful good guys--along with some spectacularly noisy special effects. 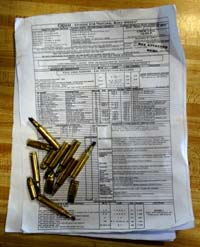 Of course, I wouldn't be a bit surprised to discover there are real monsters inhabiting the mysterious region of The Abandoned.

We also heard some wonderful news yesterday.  Word was the owners of The Abandoned would be tearing down this wonderful place starting November 1st.  We were excited to discover they will not be pulling the buildings down just yet.

WARNING: You shouldn't visit The Abandoned without permission from the owner or caretaker. If you do, you risk getting arrested for trespassing.

Years ago, I dedicated this blog to The Abandoned, a huge complex of abandoned buildings in rural Oregon.

Surrounded by wetlands and old growth timber, The Callahan Center was built in the 1970's by the State of Oregon as a rehabilitation center for people recovering from injuries on the job.

The buildings stood empty for many years. Over that span the property was vandalized and looted. Yet the beauty of its rare architecture shone through the shambles of abuse and disrepair.

In the summer of 2013, the complex was completely demolished. We were all sad to see the buildings go, but because of trespassers and vandals, it was necessary to take them down.

The area where The Abandoned once stood is filled with $500,000 mushroom houses (homes built so fast they pop up like mushrooms) built on postage stamp lots. There are sidewalks and tall lamps where I once watched the foxes of the field leaping above the grass, hunting rodents.

The surrounding woodlands still survive. It is my prayer the wetlands and forests with their pristine creeks, native trees and flowers, as well as the wildlife which shelter there, will be protected. 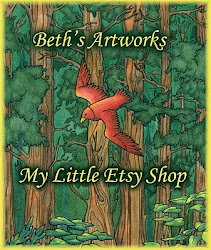 Statistically, the probability of any one of us being here is so small that you'd think the mere fact of existing would keep us all in a contented dazzlement of surprise.

--Lewis Thomas, The Lives Of A Cell

Graffiti Art from The Abandoned